A Message in a Bottle from an Oregon Climate Evacuee 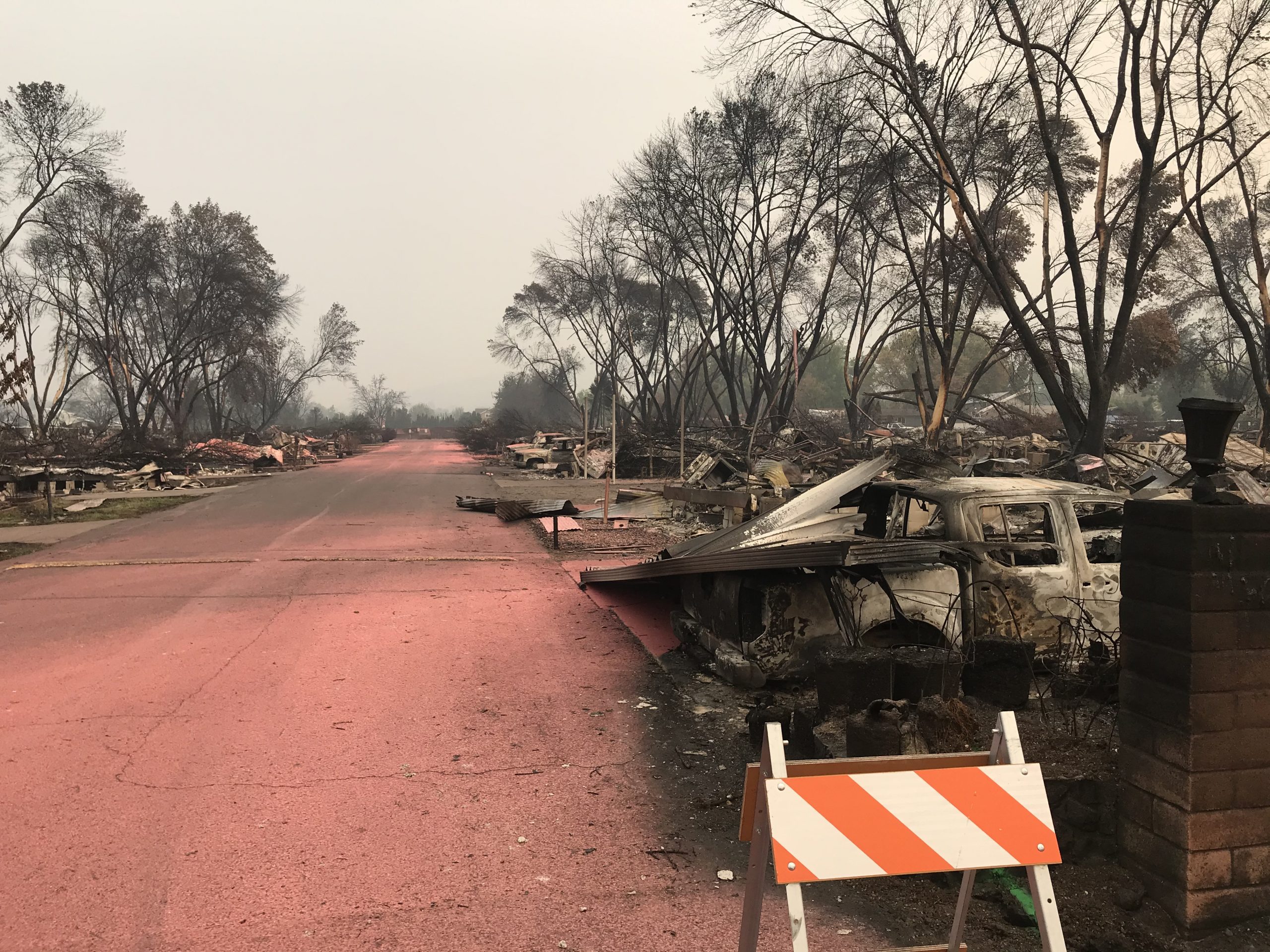 My home town of Talent, Oregon is a disaster area. Homes and businesses that I have frequented for 20 years were burned to the ground. I am one of the half million Oregon evacuees trying to make sense of the charred remains that could have been avoided with proper urban planning and an ounce of prevention on climate chaos.

The Alameda fire, under criminal investigation, started in the town of Ashland, Oregon (near the California border) some 10 miles south of my house at a popular dog-walking park. It was aided by wind gusts during a historic drought and triple digit temperatures. Mobile homes acted as kindling with exploding propane tanks casting ambers miles ahead of the flame front, triggering serial urban wildfires.

Urban disasters are becoming the new “abnormal” from climate change. The Pacific Coast was primed for extreme fire danger this summer. Wildfire activity follows drought cycles and regional temperature spikes that dictate extreme fire-weather conditions were off the charts.

Scientists have been warning about this danger for years. In 2017, 1,300 wildfires in the interior of British Columbia, Canada, spread rapidly during extreme summer heat. Strong winds sent smoke billowing into the southeasterly flow of the Jetstream, creating unhealthy air masses from Seattle to San Francisco. This year, fires in treeless Siberia poured smoke into the Jetstream again, as, for the first time in recorded history, Siberia experienced triple digit temperatures and much of the West got the smoke. In Southern California, wildfires broke out during an unprecedented heat wave with temperatures soaring past 120 degrees, spinning off rare pyro-tornadoes and sending smoke into nearby states. Escaped campfires, accidental sparks, and “gender-reveal” parties also contributed.

By most accounts, scientists give us but a decade to cut global warming pollution before all hell breaks loose. The way we manage urban and wild areas right now will affect generations to come as carbon released to the atmosphere from our actions creates the conditions for extreme fire-weather events.

Our western towns were not designed with wildfire or climate safety in mind. I visited the charred remains of my town and was aghast at how entire communities burned to the ground directly across unscorched homes on the same block. Older homes built with flammable materials and surrounded by vegetation are gone –newer ones built for fire resistance with no surrounding vegetation survived.

Wildfire disaster communities desperately need an infusion of life-supporting aid along with relocation assistance and proper urban planning on par with earth quake prevention in California. This means having an alert system that is in real-time and available for all citizens, directing traffic along designated escape routes for fleeing residents, sufficient support for emergency responders, and rebuilding with climate and fire safety in mind.

Homes need to be hardened with fire resistant materials, flammable vegetation cleared nearest the home, and smoke and escape shelters provided for every single community in fire-prone areas. In the redesign, places with reoccurring wildfires need to be avoided.

Elected officials, developers, and community planners need to now work with community activists in redesign. This should include protection of greenways, wetlands, forests, and wild areas in the mix of climate solutions as a buffer.

The West is blessed with some of the most prolific forests in the world. Our forests absorb massive amounts of carbon from the atmosphere and hold on to it for centuries, all the while producing clean water, wildlife habitat, and recreation. When cut down, forests release most of their stored carbon to the atmosphere contributing to climate change and severe wildfires as logging slash and dense tree farms act a fire’s gasoline. Wetlands protect communities from storm surge, flooding, and sea-level rise, all of which are increasing. Such natural areas need to be enlisted in the redesign of the West to prevent future disasters from ever happening again and to provide us with the natural amenities so vital in a changing climate.

This is my message in a bottle to elected officials and planners that thus far have not listened to scientists or people in harm’s way from decades of failed urban planning and climate inaction.

Dominick A. DellaSala, Ph. D., is Chief Scientist at Wild Heritage, a project of the Earth Island Institute in Berkeley, California, is an award-winning scientist with over 200 peer reviewed studies and books on forests, climate change, and wildfire ecology.

← Previous: The Last-Ditch Attempt To Save America's Largest National Forest Next: Logging will not stop forest fires and will make the climate worse →