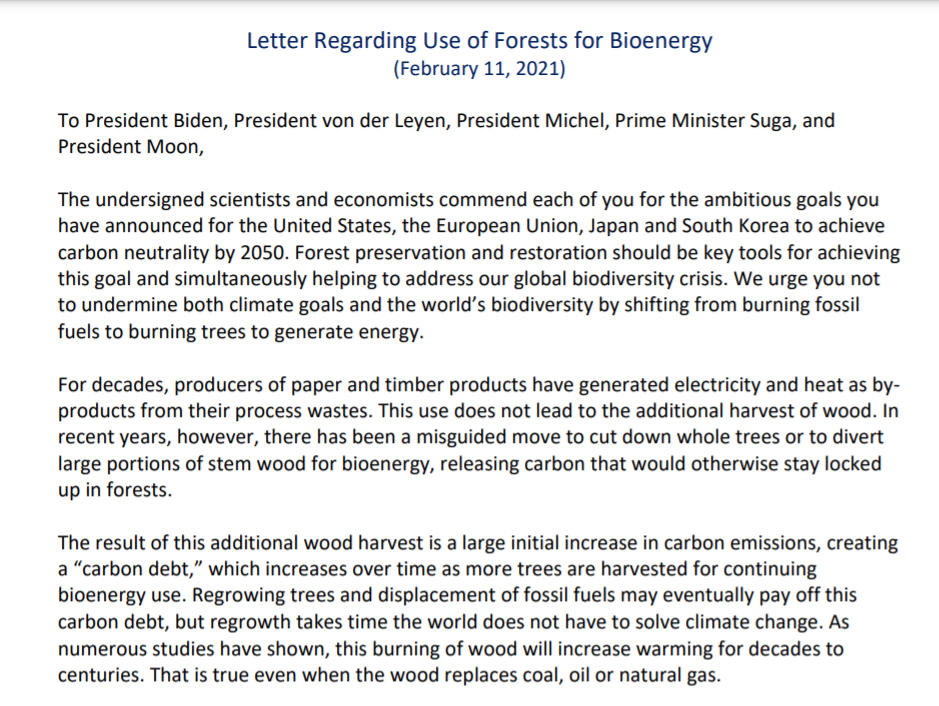 500 scientists, led by Dr. Peter Raven, Director Emeritus of the Missouri Botanical Society in St. Louis, Missouri USA, signed a letter to the Biden administration, the EU and the UN against burning forests as biofuels. Burning forests as energy is a disastrous idea, both for the climate and for biodiversity, but is unfortunately on the increase globally. Wild Heritage Chief Scientist Dominick DellaSala is included as a signatory. Read the letter here: Scientist Letter to Biden, von der Leyen, Michel, Suga & Moon Re. Forest Biomass (February 11, 2021).

Spotted owls may benefit from wildfires

A strategic natural carbon reserve for the US

NOVA story about the climate values of the Tongass rainforest