Press Release: Oversight Hearing to Examine Whether Efforts to Thin Forests to Reduce Fire Risks are Failing at Scale 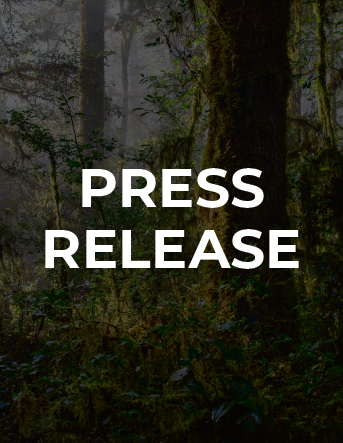 Oversight Hearing to Examine Whether Efforts to Thin Forests to Reduce Fire Risks are Failing at Scale.

(Washington D.C.) If we look hard we can find a patch of forests that had been thinned and burned with prescribed fire, and then burned at less intensity in wildfire. Yet when we look across the vast landscapes that burned in the Bootleg and Almeda fires (Oregon), and Caldor and Dixie fires (California), we see homes burned to the ground, despite the extensive fire breaks and massive amounts of money spent on thinning and fire suppression.

In his testimony, Dr. Dominick DellaSala will underscore how an increasingly hot and dry climate has overwhelmed efforts to suppress fire or change vegetation over space and time. “30 years of experiments seeking to alter forests have failed at scale and this trend will continue,” stated Dr. DellaSala, “We are at a crossroads. Do we allow the Forest Service to spend billions doubling down on its failed strategies or do we correct our course and pursue an alternate path that is far more likely to keep communities safe, retain more carbon in forests, protect wildlife and reduce the firefighting burden.” (View Dr. DellaSala’s findings in Biological Conservation).

The experts are telling us that we cannot make landscapes less flammable over vast regions, any more than we can take a cup and make the ocean less wet. Researchers have found that efforts to thin forests have less than a 1% chance of encountering fire before they grow back. Will the Forest Service attempt to defend and curate its failed strategies and run in the wrong direction twice as fast? Or will the agency take a more community centered approach, one that is more durable and likely to succeed? An established and growing body of field based scientific study is showing that the agency’s claims – either based on models or tested in favorable conditions about how logging can reduce climate impacts – are not holding up to scrutiny. For example:

– the agency claims fire releases up to 85% of the live tree carbon, when field based studies show it is less than 2% (Harmon et al 2022)
– The cumulative losses of live trees in a thinned patch of forest is significantly
greater than in one that is burned (Hanson 2022)
– Intensive forest management including “fuel reduction” failed to stop the spread of
the 2021 Dixie fire. (DellaSala 2022).

Testimony from experts will underscore how the Forest Service has used modeling to support wishful thinking and selected false positives to promote the notion that thinning forests can be scaled up over time and vast landscapes. Dr. DellaSala stated: “The truth is that the world is messy, and the climate is changing. Extreme weather is behind large fires – drought, hot temperatures, and wind not fuels are the dominant drivers of fire behavior.” A growing body of science shows that commercial thinning often increases overall severity in wildfires.

← Previous: Wild Heritage: A Founding Member of the Climate Forests Campaign Next: Nearly 100 Scientists Call on the BC Government to Protect Primary Forests →